350 delegates gathered at the Hôtel de Région in Lyon on Thursday, 24th January for the Model United Nations conference hosted by the International School of Lyon and Cité Scolaire Internationale de Lyon. Included in this number were 12 delegates from Lycée Georges Duby, accompanied by Mme Bretelle and Mr Lewis. 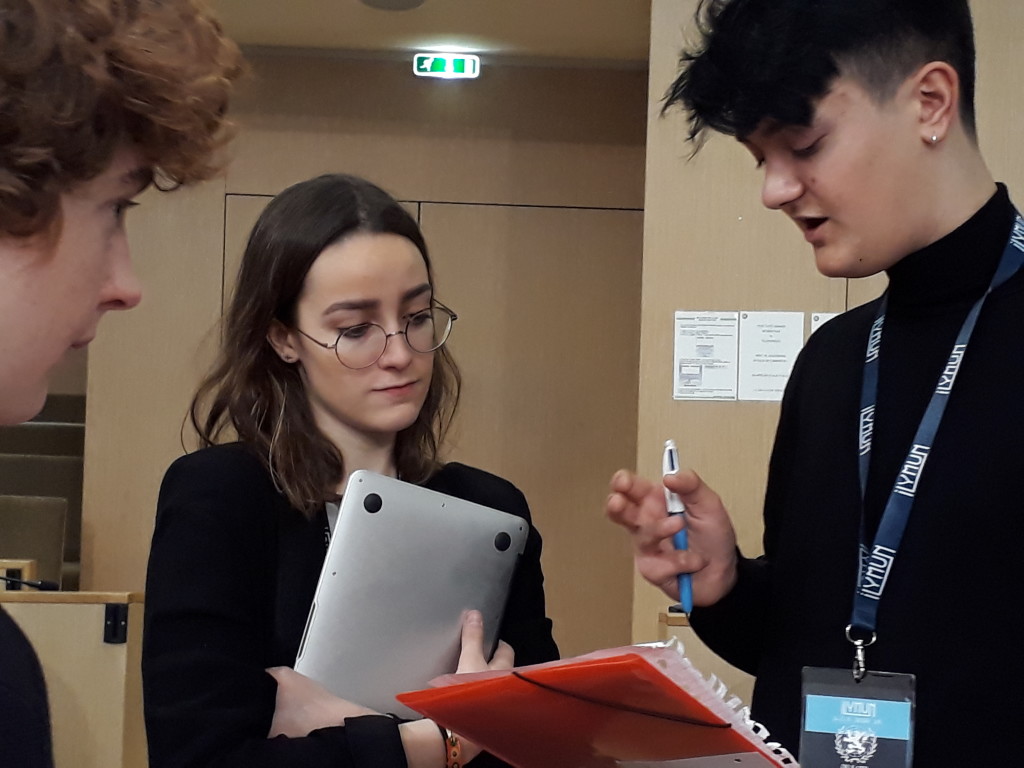 The theme of the debating weekend was ‘Inequalities : Bridging the Gaps’ and at both the opening and closing ceremonies, much emphasis was placed on the need for empathy. One of the host student speakers at the opening ceremony stated that « the three great literary works of universal empathy are Beauty and the Beast, Frankenstein and Of Mice and Men. » Of course, the Steinbeck novel is well known to English Section students at Duby. Also cited was a text that figured on the OIB Seconde programme in earlier years, George Orwell’s Animal Farm. Orwell’s political fable has particular contemporary relevance given the astonishing statistic – provided by Oxfam International – that in 2018, the world’s 26 richest people owned the same wealth as the 3.8 billion people who make up the poorest half of humanity. Ms Donna Phillip, Director of the International School of Lyon, quoted from the beginning of Animal Farm,the central maxim that is established after the rebellion by the animals – ‘All animals are created equal.’ By the close of the novel, this has mutated into ‘Some animals are created more equal than others.’

On Friday and Saturday, committees were addressed by quality guest speakers, as is the tradition at ILYMUN. All experts in their fields, the speakers first gave a speech, then set the delegates a task and finally took questions from delegates and MUN directors.

Ms Lia Epperson, Civil Rights lawyer and Senior Associate Dean for Faculty and Academic Affairs at the American University Washington College of Law, spoke movingly to the Human Rights committee about those people who have suffered at the hands of police brutality in the United States and Mr Yaron Gottlieb, Assistant Director of the Office of Legal Affairs, INTERPOL, contributed much fascinating and enlightening detail about the Rwandan Genocide of 1994, which was being discussed by the Historical Security Council.

Each committee, covering at least two topics over the two days, debated clauses and formed resolutions which were voted on. (see below the list of the committees our students participated in).

At the close of the conference, Laurent Bibard, Doctor in Philosophy and Management and professor at ESSEC Business School, drew the audience’s attention to the work of Eric Weil who published Moral Philosophy in 1956. In his book, Weil challenged Kant’s dictum, ‘Duty and happiness cannot go together.’ According to Dr Bibard, Weil was essentially saying, ‘Our duty is to be happy – in order to help others.’ Dr Bibard underlined this in the following way : « You should be happy but not be selfish ; since 1989, profit-making has become a disease. » 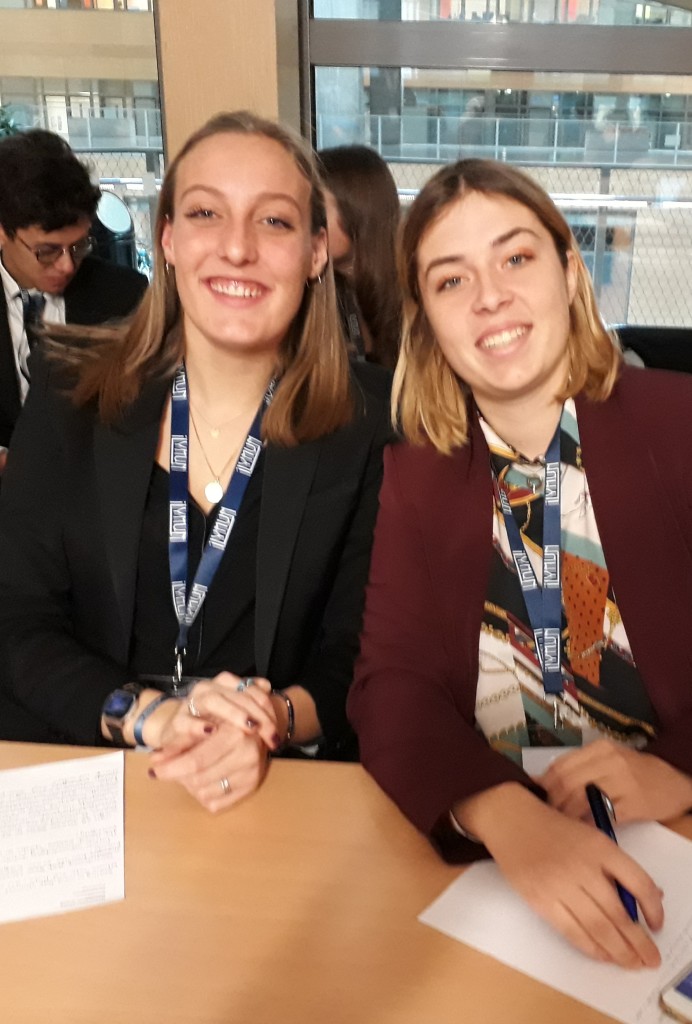 Hearing also, the rousing words of Maya Angelou and Nelson Mandela* and the music of Sam Cooke (« A Change is Gonna Come » sung by a charming primary school choir) added to the many highlights of the conference. On a cold weekend in the beautiful city of Lyon we were given a very warm welcome by the organisers , teachers, host families and student teams of ILYMUN 2019. Thank you also to Mme Laget and Mme Chavane for all the administrative work involved and to Mme Bretelle and Mme Byrnes for preparing our delegates so well in the weekly Duby MUN Club.

*« I think we all have empathy but I’m not sure we have enough courage to show it. » Maya ANGELOU.

« As long as poverty, injustice and gross inequality last, none of us can truly rest. » Nelson MANDELA