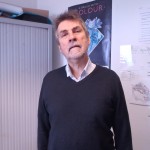 GD MUN just grows and grows … ! The third debating weekend conference hosted by Lycée Duby and organised by the school’s OIB students was another rip-roaring success and, this year, attracted over 200 delegates who took part in a debating weekend split between lycées Duby (Saturday committe sessions) and Cézanne (the General Assembly). Students from Lycée Cezanne, IBS in Bouc Bel Air, and Lycée St Charles also joined in the fun and all the hard work of Mathieu Sacchi, this year’s General Secretary (calmness personified)  the untiring chairs of committees and the administration, budget control and press teams, paid off handsomely.

The theme of GD MUN 2017 was ‘Combating Obstacles to Future Peace, Equality and  Sustainablility’ – all issues addressed expertly by the conference’s guest speaker, Mr Jamai Ait Hmitti, who was kind enough to begin proceedings on Saturday morning before the committees got to work.

As well as the Security Council, convened to discuss ‘Defining the Limits of UN Intervention in Territorial Conflicts,’ and the Special Conference on ‘Reacting to the Rise of Nationalism and Regionalism,’ five committees were in session throughout the first day – from Human Rights (‘Preventing Abuse Against Ethnic Minorities and Countering Violent Extremism’) to the Environmental Panel (‘Measures to Promote Sustainable Agriculture and Combat Deforestation’).

The General Assembly also proceeded smoothly on the Sunday, thanks to Mr Bard, the headteacher of Lycée Cézanne, and his staff, some of whom joined our wonderful group of AGESSIA parents in providing support and security at Lycée Cézanne. The topic debated on Sunday was ‘Measures to Solve and Prevent Conflicts due to Essential Resource Scarcity.’ No conflicts were reported despite the fierce debating !

Many thanks also to Mrs Bretelle who supported the students at Lycée Duby on the Saturday morning and who runs the weekly MUN-themed Debate Club from September to March every year. Well done everybody and we look forward to next year and new converts to MUN simulations …